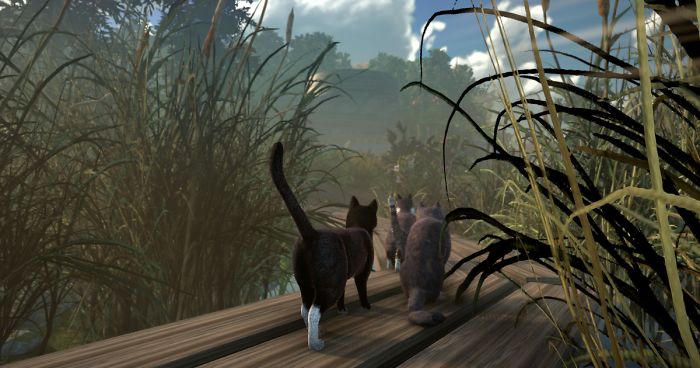 Cat craze is not something new to any of us. From having cat-themed parties to having cat clubs, people love these adorable creatures! So, for all those cat lovers here we have something new and exciting and hope this would be the latest craze among all of you!

The developer Eric Blumrich has produced a video game which is woven around a group of cats going on adventures and solving mysteries together! The setting of the game is based on the beautiful Maine island which is completely free of humans. According to the game, all the humans have disappeared and it is up to the cats to decide whether to bring them back or not.

The group consists of nine cats who are named as Boy, Gary, Calinaigh, Anin, Girl, Zack, Ronan, Sushi, and Elizabeth. Each of them has unique personalities and are different from each other. Their mission is to discover new things and solve mysteries and thus, ditches the conventional combat game style.

You can look at the world through a cat’s perspective in the game and there is no doubt that this game will change your taste of games forever!

The game will feature four distinct communities such as detailed interior, realistic weather, day-night cycles, and interactive surroundings. The game is currently being developed for Mac, PC and Oculus VR systems.

Since the day Eric started the Kickstarter for this game, it has been backed by 345 people and raised $13,098 which has helped him to make this game a reality in the near future.

You can watch the Kickstarter video below: