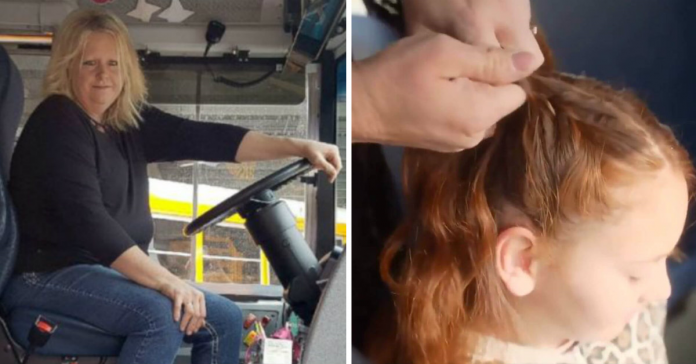 Tracy Dean has been styling Isabelle Pieri’s hair every morning ever since the little girl’s mother died. Having noticed that the girl was finding it hard to fix her hair, she decided to help.

Patricia Pieri, Isabelle’s mom, died three years ago from a rare brain illness. Isabelle was 9 years old then. After that, Pieri found it particularly hard to braid her own hair for school. That is when the kind bus driver started styling her hair as a part of their morning routine. Tracy shared with ABC NEWS:

“I can tell she was struggling with her hair.
We usually do two French braids first and once in a while she just wants one braid. I also taught her how to brush her hair.

The lady is a mom of four, and one of her children is Isabelle’s age. She says it is no big deal to help the little girl out. She says that she actually enjoys it.

“It’s just the way my mom raised me, to be nice to everyone—people who need a little love in their life.”

Philip Pieri, the struggling dad, works tough hours at a convenience store near his house in American Fork, Utah. Even though he tried to fix his little girl’s hair, he could not manage it. He says he is grateful for the lady. He added:

“She’d get mad at me for pulling her hair. I didn’t know how to do it. One day [Isabella] came home and it looked beautiful. I call her my princess and she looks the part, she plays the part and her confidence is way up, which is what I’ve been intending.”

As per NBC News, it was really difficult for Philip to style his daughter’s hair. All he could do was give her a crew cut. Fortunately, Tracy came along and made their lives easier and better. Now Isabelle can show off her pretty hair as she has always wanted to. The little girl says:

“Tracy is the best bus driver in the whole galaxy!” 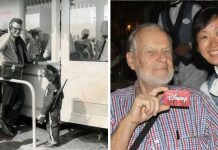 If Standing Up For Myself Makes Me Cold-Hearted, Then I Am... 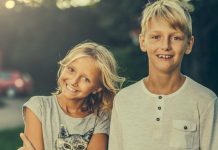 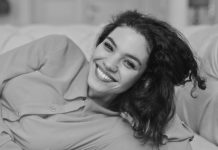