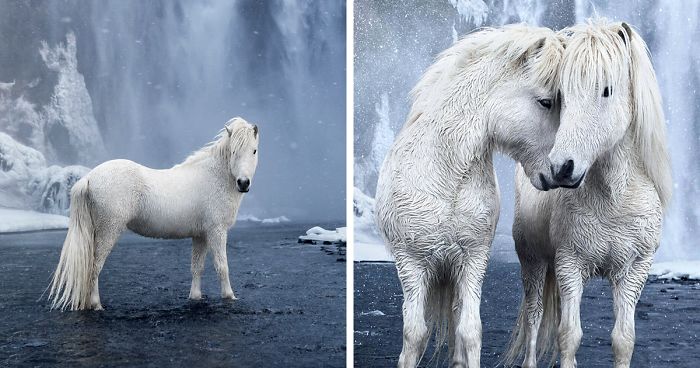 Winter is one of the most beautiful seasons of the year because of the white fumed snow and ice. Iceland is one such destination where winter never fails to fascinate us. Trees, houses, roads and almost everything is covered with ice. This mystical quality that snow an ice adds to nature is worth to look and is worth to capture in a frame. Drew Dogget who is a New York City-based photographer and a filmmaker captures the magic associated with this destination in his series named ‘In the Realm of Legends.’ He has been able to successfully highlight “the unique relationship between this land and the horses” through his collection of photos.

“Iceland is a surreal place, and the horses are the perfect companions to this unusual yet breathtaking land; the combination of the two is truly unforgettable”, said Drew Dogget in one of the interviews. According to him, he believes that he is often attracted to capture sceneries in locations where it appears impossible to reach. Dogget also stated that he was inspired about Iceland after reading Jules Verne’s Twenty Thousand Leagues Under the Sea when he was a child. It was this book that has created an urge within him to travel around the world experiencing adventures.

The stories behind these fantasy tale shots have been full of challenges because of the unpredictable weather in Iceland. However, seeing this two-week shoot which Drew has been planning for months will amaze you as it makes clear that his hard work is finally paid off. Drew believes that the viewers will walk away with feelings of nostalgia, inspiration, and fantasy after experiencing his pictures.

You can have a look at Drew’s fairytale like pictures by scrolling down.

#1. The beauty of Icelandic Horses.

#2. The horses connecting with the land and water.

#4. The surreal beauty of Iceland and its creatures.

#5. A horse beneath a cascading waterfall.

#6. How the magical lands looks from above.

#7. A horse embracing the gentle touch of the ocean.

#9. Running through the ice.

#17. The fascinating change of seasons.

A Mom of 3 Boys Writes a Powerful Letter to Her...

18 Signs That Can Help You Understand Your Baby Better

25+ Terrible Maps That Are So Bad They’re Good 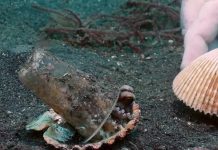