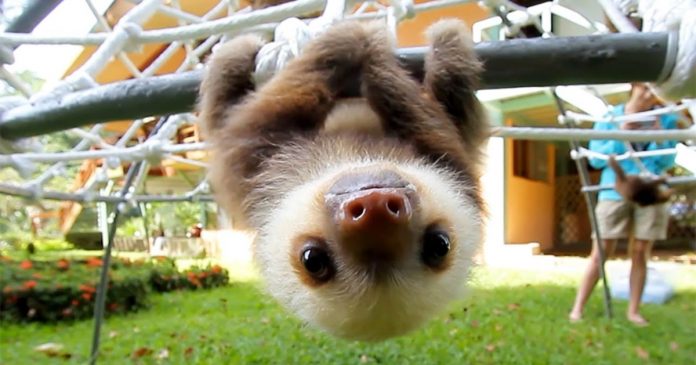 Sloths are the very definition of adorable, and baby sloths exceed this level of adorableness. They are mammals that are well recognized for their slowness of movement. Most of their life is spent hanging upside down on trees. These animals can be seen in the tropical rainforests of South America and Central America. The meaning of the word ‘sloth’ is ‘laziness. Thus, this name is well suited for these animals with a low metabolism rate.

Two types of sloths exist. Some are two-toed, whereas the others are three-toed. Six extant species of sloths have been currently identified. Their slowness comes in handy when avoiding the gaze of predatory hawks and cats that hunt by sight. Although these creatures are helpless on the ground, their ability to swim is of great use.

Baby sloths are dependent on their mothers to teach them to survive out in the wild. These cute little balls of fur are adorable as well as fragile. The baby will cling to the mother’s fur after its birth and crawl onto her chest for safety. Baby sloths are born prepared with their eyes open, fully formed teeth, and sharp claws.

The baby sloths living in human facilities sleep for an average of 15 hours per day. The Sloth Sanctuary located in Costa Rica has been functioning since the year 1997 and is an officially authorized rescue center. Their aims include rescuing, rehabilitating, researching, and releasing sloths, and conserving the sloths’ natural habitat, which is the Costa Rican rainforest.

Recently video footage of a cute little pair of sloths having an interesting conversation was shared online and this video managed to capture the attention of internet users across the globe. The two adorable animals could be observed talking to each other at the Sloth Sanctuary in Costa Rica. It was such a heartwarming moment captured on the lens of a camera. Even though no one can understand a single word that they are uttering, their mild voices outshine all the levels of cuteness in the world.

You can also virtually adopt a Sloth at slothsanctuary.com 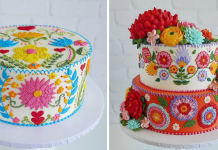 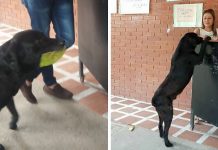