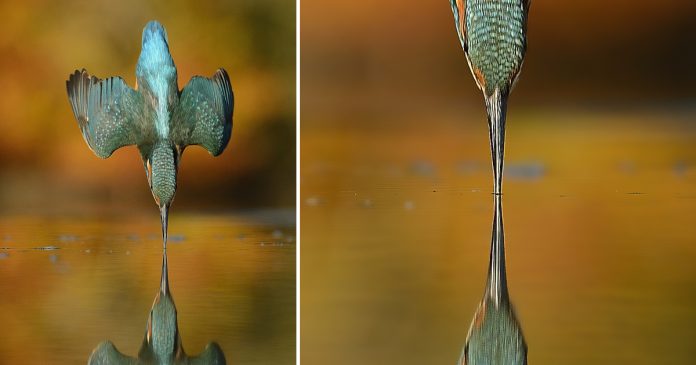 Being a wildlife photographer is no easy task as it requires an extremely high level of patience as well as dedication. Alan McFadyen is living proof of the effort that goes into wildlife photography. This individual has indulged in this profession since the year 2009. Finally, after years of sweat and tears, he managed to capture the perfectly timed photograph.

According to his estimations, it took him 4,200 hours and 720,000 attempted photographs to capture the perfect image of a kingfisher diving directly into the water without a single splash.

During each session, he would capture around 600 photographs, but none of them were to his level of satisfaction. When reminiscing about all the photographs he had to take in order to get the perfect one, it made him realize the amount of work he put into it.

Common kingfishers are well recognized for their bright plumage and it is rather atypical for those birds living in colder climates. These birds generally reside close to bodies of water and catch fish by diving in. Alan was encouraged to take on wildlife photography because his grandfather managed to inspire in him a love for nature and wildlife.

“I remember my grandfather taking me to see the kingfisher nest, and I remember being completely blown away by how magnificent the birds are. So when I took up photography, I returned to this same spot to photograph the kingfishers,” Alan expressed. In order to photograph the ideal image with a flawlessly straight dive and no splash, it required the photographer to be in the right spot as well as for the bird to be in the right place.

Looking back on his efforts Alan commented saying, “I never really stopped to think about how long it was taking along the way as I enjoyed doing it, but now I look back on it I’m really proud of the picture and the work I put in.” Even though Alan’s grandfather is no longer here with him, he would surely be proud of his grandson’s work and would have loved it very much. 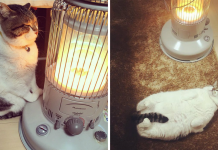 Photos Of Cat Falling In Love With A Heater During Cold... 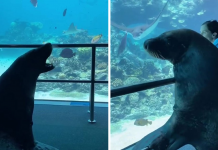