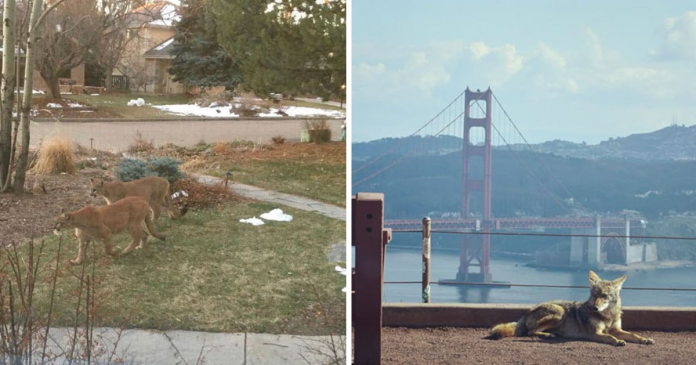 We have already seen that animals have come to human habitats as people are locked up in their homes due to the Covid-19 outbreak. First it was only deer, boars, horses, and sheep taking over the civilized world, now it seems like countless other species have started exploring the human habitat. In fact, predators like bears, mountain lions, and wild pumas were seen roaming around urban areas. We contacted a man who witnessed a gator casually strolling in Myrtle Beach in broad daylight. “When I first saw the gator, I didn’t think it was real. I thought somebody was playing a practical joke on me,” Clifford Sosis told. “I like to take dangerous hikes in interesting places with my dog Daisy, hikes where I might be bitten by snakes and gators,” he further added that his expeditions have grown lesser since the birth of his son.

“On the day I took the gator video, I went to Barefoot Landing because I was trying to avoid danger! Shortly after I took this video, I was watching the gator, and a security guard, the only other person in Barefoot Landing at the time, didn’t see it and almost ran into it,” Sosis revealed. “When I told him to watch his step, he was shocked! He said he thought there were no longer gators in the area.” He also added that some people on the internet have reported seeing gators in the area as well. “I’ve been living in Myrtle Beach for 6 years and I’ve never seen a gator in Barefoot Landing. Definitely not in the parking lot!” Sosis concluded.

#2. A fox was seen fallen asleep on a tree stump. (SaraReneeRyan)

#3. Mountain lions taking a walk in the resident area. (clicktosave)

#4. A photo of a coyote in San Francisco taken with a zoom lens from inside the photographer’s car. (Becca Cook)

#5. Deers roam out onto the streets in Nara, Japan. (okadennis)

#7. Monkeys in a city plaza in Lopburi, Thailand. (Sasaluk Rattanachai)

#8. A wild deer, from a herd used to be fed by the local population, roams in Sri Lanka. (AFP)

#11. Wild Boars are in a Italian city. (taylorswifh) 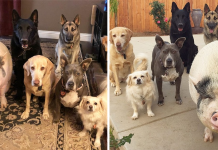 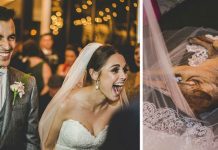