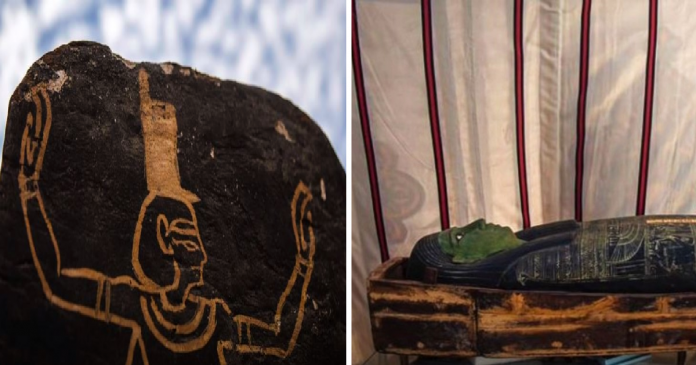 The necropolis of Saqqara, Egypt contains priceless treasures for archaeologists; it truly is a site of phenomenal discoveries. We have had Thirty perfectly preserved sarcophagi, various precious funerary objects, a 2,500-year-old mummy. But that is until now. Now, another precious discovery is added to this list. And what exactly is that?

It is a 4,200-year-old mortuary temple that is built for a queen whose identity has been finally revealed. Further, more than fifty sarcophagi that were part of an ancient city of the dead were found.

The necropolis of Saqqara was highly important in the graves of ancient Egypt because that is where the people of the Middle East have laid their dead. And for archeologists today, it is needless to say that this is a place that contains limitless possibilities to come in to contact with customs, remains, and testimonies, and to make amazing discoveries.

In 2010 in Saqqara, researchers found a pyramid; and it is believed to be belonging to one of King Thetis’ wives, even though the origins are unclear. However, the mystery was revealed after 10 years apparently. The woman’s name has been surfaced and it turns out, the woman is Queen Nearit, wife of Thetis, unknown to many scholars before.

“With this queen, we add an important piece to Egyptian history,” commented Zahi Hawass, head of archaeological excavations at Saqqara.

A little further from the temple of Nearit, three warehouses were found. The votive offerings brought by the subjects to Thetis and his wife, tools that were used to build the temple, and more than fifty burial pits with as many sarcophagi were found in these warehouses.

These last tombs found at the Saqqara are considerably older than the previous ones. Furthermore, majority of them are decorated and it is presumed that they contain mummies that have been preserved according to typical Egyptian customs.

Artifacts, decorations, precious jewelry, a papyrus with a chapter from the “Book of the Dead” and an ancient “board game” that is a little similar to chess were among these discoveries.

These will not be the last testimonies that Saqqara has to offer to the world, it is believed. As excavation continues, we wonder what new discoveries it will lead to.

Watch This Video For More Info.

People Over 40 Should Only Work 3 Days A Week, Experts...

Friends Who Say “I Love You” Matters 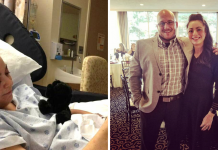