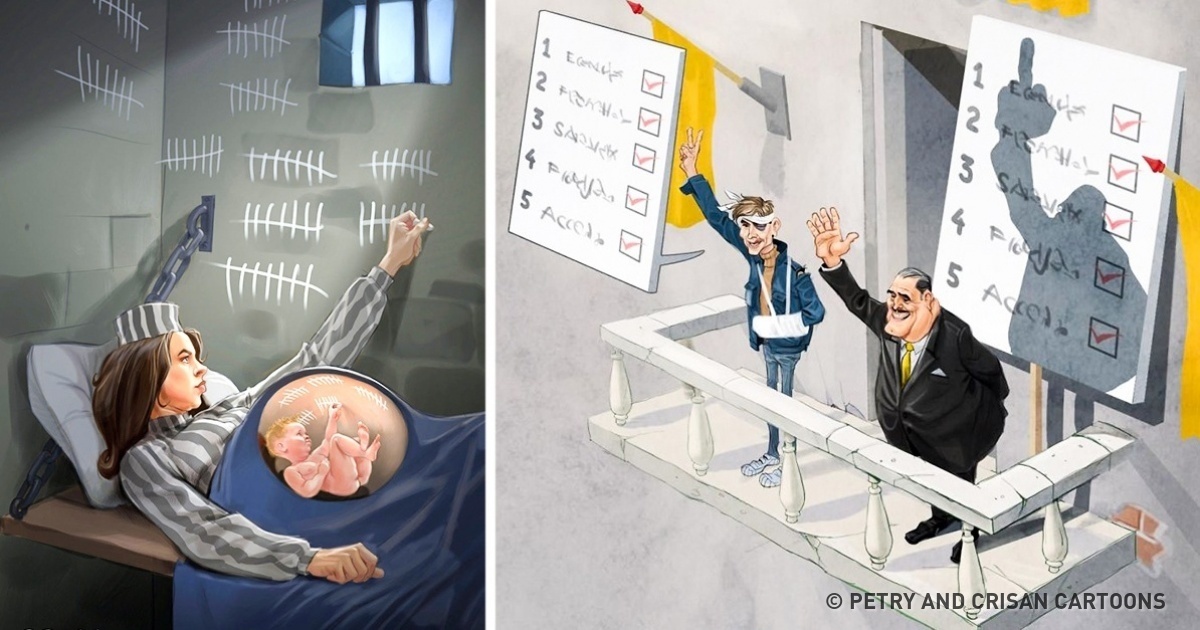 Human life is something that is indefinable. The more humans step into the modern world embracing science and technology, the more they leave humanistic qualities behind. In this battle of materialism and spiritualism, humans favor materialism as most of them think happiness lies on owning more and materialistic possessions. And eventually, they discard reality by being deceived by a superficially sweet illusionary world. This aspect of life is reflected by the Romanian artists Horia Crisan and Bodgan Petry through their satirical images they have been creating for the past 30 years.

These images they have created portray the bitter reality of life that humans are afraid of accepting.

The present society does not value true and honest qualities of humans as the world is in a constant run for wealth and comfort. This picture portrays how ‘true love’ is defined by the present society. It is misinterpreted by the greed for money and luxury.

Though technology eases the day to day life-style of humans it has become a reason for people to not to think out of the box. The cause for happiness lies in true wisdom, it is like a a heavenly medicine for a fatal disease.

#3. The Bible Corrected by God.

God’s preaching never differentiates humans based on their wealth. It is the good qualities of a man that is regarded as wealth but unfortunately today’s society blindly believes in a corrupted version of God’s preaching reinvented by the power hierarchies in favor of them.

Human brain is a miraculous creation of God. The ones who are attracted to it will eventually grow themselves entering a new world.

People with power have mastered the art of deceiving people by superficial gestures will hidden corrupted motives and the genuine revolutionists are exploited by such rulers granting them a victory that is similar to defeat.

Some talented souls are incomparable no matter how many people try to get closer to them.

#7. Doctor or Veterinarian? Both?

Humans are complicated, aren’t they? Sometimes they need both human care and animal care, for their qualities knows no difference.

The future of soldier is always in the hands of death!

People think they fight their enemies in war, but what they truly do is fight their own death.

It doesn’t matter whether it is a real prison or not, the entire world itself is a prison we all are entrapped.

A Heartwarming Video When Soldiers Surprise Their Kids After Deployment Will...

8 Examples Showing How Messed Up The Modern Dating World Is 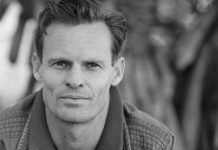 The Way Narcissist Gets Away With Abusing People And Come Off...