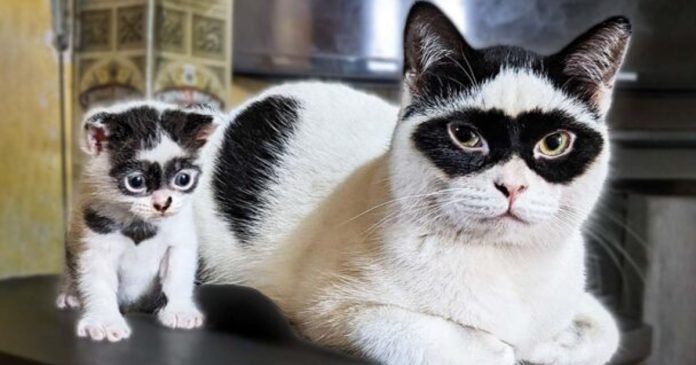 Even though all animals are equally special, some animals stand out from the rest because they possess various markings on their fur. The father and son cat in our story has garnered much attention due to this very reason.

The boy is a one-of-a-kind cat who has been nicknamed Zorro due to his appearance. He has been named after the masked vigilante because the black fur around his eyes resembles a mask.

Zorro now has a new sidekick named Bandit. Even though Indraini Wahyudin Noor has many cats in his house, one special kitten has managed to enchant him. According to the cartoon logic, it is impossible to identify the person behind the mask. But in our case, it is very easy to identify this extraordinary cat. This cat named Boy also referred to as Zorro, is now a proud father of a litter of kittens.

One of these kittens appeared to be rather special because he looked similar to his father in appearance. Since this kitten also possessed a black mask and cap similar to his dad, he was named Bandit by his human owners. As usual, it didn’t take long for a cat with such a unique appearance to gain attention on social media platforms. A TikTok video of the father and son duo has taken the internet by storm.

Millions of people from around the globe have seen the video and these two cats have managed to win over everyone’s hearts. Their masks have enabled them to become quite the TikTok sensations. In order to catch a glimpse of the TikToks of Zorro and his son Bandit, follow iWhy_ on TikTok. Their TikTok account has millions of likes and thousands of followers from around the world. We guarantee that you will be entertained if you have one look at their adorable footage. 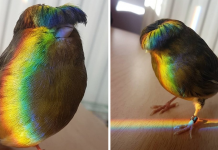