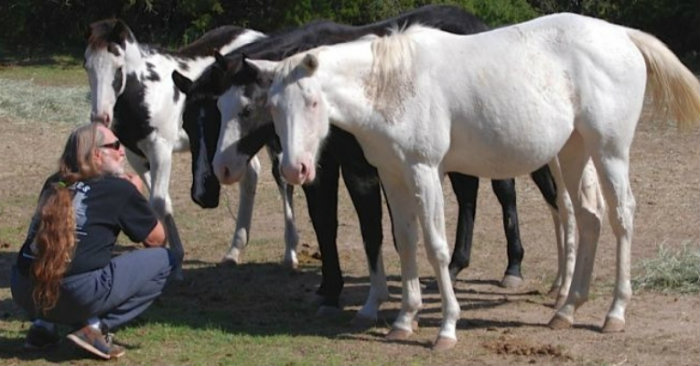 Willie Nelson, the 86-year-old famous musician has undoubtfully been the star of many people’s hearts and recently, he won the attention of everyone for being a marijuana activist. Though old in age, the star is still young in heart and his passionate love for horses, has now won the attention of many. He recently rescued 70 horses from being slaughtered and now you can see them roaming without any care for the world on his 700-acre ranch in Texas.

Whenever he is not on road, the country musician spends most of his time at Luck Ranch. Speaking to Paul Venema from KSAT 12 news, the artist told: “When you are here, you are in luck and when you are not, you are out of luck”.  Speaking about the luck of his horses, he also added that,

“My horses are probably the luckiest horses in the world. They get hand-fed twice a day, and they were just ready to go to slaughter is probably the last thing they remembered, so they’re happy horses.”

According to the Epoch Times, the musician has always held a special position in his heart for horses. His song ‘Ride me back home’ shows his care and love for these innocent animals and he even won an award for the video of the song The Love of Horses back in 2015. The video shows Nelson meeting members of habitats for horses who were trying to end the slaughter of horses by working to get new legislation passed.

However, the love for horses is seen in his whole family/ Nelson’s son Lucas also supports saving America’s horses as well as habitats for horses. The younger Nelson’s band, Lucas Nelson and Promise have also sung many songs praising horses. His album against Monsanto is still remembered by many people.

This is what he said when asked about retirement:

“I retire after every show. I say, ‘That’s it, I’m not goin’ more,’ but then we hang out awhile and people (the band) feel like playing, and so we go play again.”

So, here is another reason for you to love the old musician and don’t forget to share your love for him with us too!

This Office Chair Lets You Lie Down Flat for Naps at... 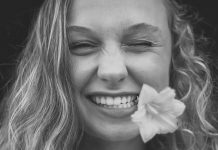