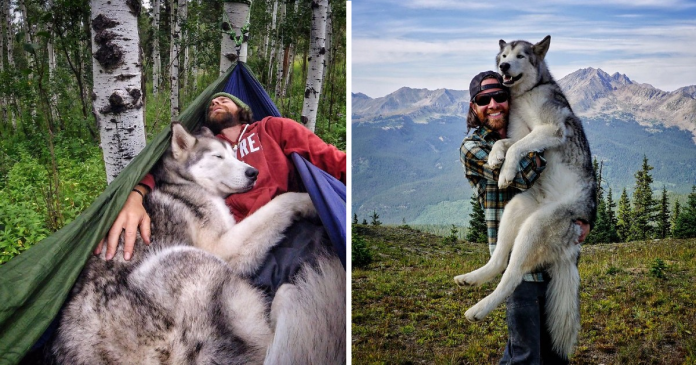 Instead of confining dogs for their “protection,” Kelly Lund likes to go on amazing excursions with his dog Loki. He claims that he is frequently taken aback by the joy that animals may bring into our life. Furthermore, the happiness that results from having positive interactions with them is just great. “It seems hard to describe so we typically don’t try.”

Actually, that difficult-to-explain feeling gave birth to Loki’s Instagram. He also thinks that dogs aren’t supposed to spend their entire lives inside or in a backyard. “I hate to see that. I hope we are inspiring people to get out, explore our world, and make memories with their pups.”

#2. Loki is an Alaskan Malamute with wolf ancestry so he’s technically a wolfdog!

#3. As you can see, he’s really adventurous…

#4. …and he enjoys sceneries that are healing!

#6. In 2013, Lund decided to start an Instagram for Loki, where they started sharing their travels across the western United States.

#7. “I always had an interest in photography, but, this didn’t blossom until Loki came into my life and I started documenting our adventures together.” Says Lund.

#8. Lund and Loki’s first of many adventures began as they drove through the Rocky Mountains on a long car journey during a blizzard in December of 2012, when he brought Loki home.

#9. They’ve been travel buddies since then! Traveling to places with beautiful views just like this.

#11. Loki is also a doggie influencer! Look at him promoting these products!

#12. Kelly Lund grew up on family owned campground in rural California. It’s no wonder why his world revolves around the outdoors.

#13. Besides the outdoors, he has also had an interest in photography, which didn’t blossom until Loki came into his life!

#14. Loki is also quite the goofball! Lund is never bored.

#15. Their story was later picked up by numerous publishers.

#17. “Realizing that we had gained a platform and voice in the social media community, we set out on a mission to inspire others to get out, explore the world and make memories with their dogs.” 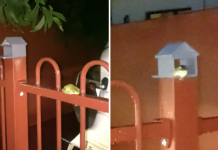 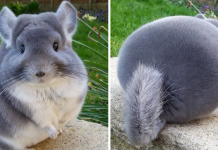