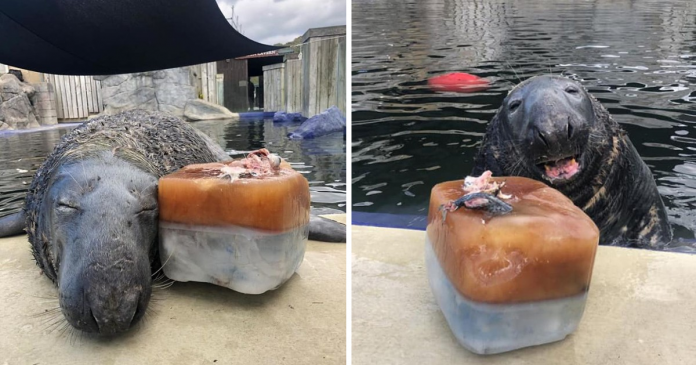 We all love birthdays and it is an amazing feeling to showcase your love for someone by doing something special for them on their special day. This isn’t just applicable to humans. Even animals deserve to celebrate their birthdays and feel special on that day. The Cornish Seal Sanctuary agrees with this idea as well. The rescued gray seal named Yulelogs was surprised on his 31st birthday with a huge ice cake filled with fish. Yes, you guessed right, the seal absolutely loved it.

Back in 1989, this seal was rescued as a pup from a marine park in North England. Sadly he couldn’t be released back into the wild. After being in captivity for such a long period of time, the seal was unable to survive and had gotten accustomed to being around humans. Once he was released, he had no idea as to how to feed himself since humans used to feed him. Yulelogs was saved by the RSPCA three months after he was released.

The RSPCA received multiple calls from concerned citizens saying that the seal had been chasing people with buckets on the beach. Apparently, he assumed that the buckets contained fish. After Yulelogs was rescued this time, they discovered that his weight has drastically decreased. His weight was less than a quarter of the normal weight of a wild seal his age. It was obvious that the seal needed to be taken proper care of.

This is when the RSPCA inquired whether the Cornish Seal Sanctuary could provide the innocent creature with a permanent home. They welcomed Yulelogs with open arms. The 31-year-old seal is currently residing there and everyone there loves the enthusiastic and happy creature.

This is why the staff there chipped him and bought him this yummy fish-filled ice cake. One look at his photographs with the cake is enough to convince you how much it made him happy. Well, we wish Yulelogs nothing but happiness and a long life.

Bobo The Gorilla Has Made Best Friends With A Tiny Bush... 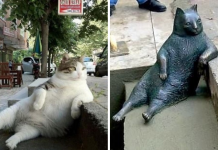 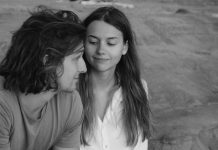