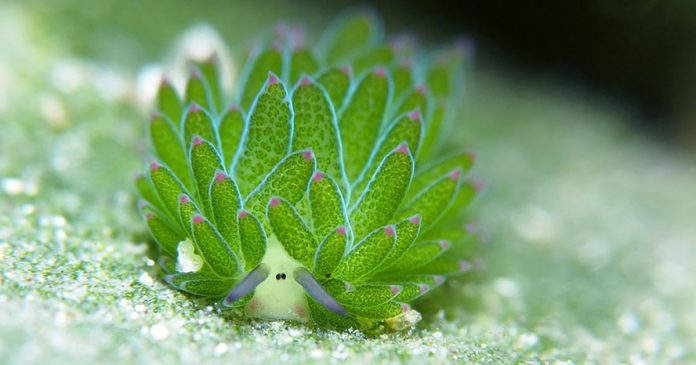 Is this a sheep? Or is this a cow? No, this is none other than the Costasiella kuroshimae, the leaf sheep. This creature is also known as the salty ocean caterpillar. The animal world is filled with unique creatures we don’t even know about and this creature is one you most probably haven’t even heard of before. This little sea slug with vibrant colors will definitely take your breath away.

The creature looks as if it came right out of a cartoon because it appears quite similar to a cartoon sea sheep. This leaf sheep has beady eyes and cute feelers that give it an adorable look. Just like cartoon sea sheep, these creatures too feed on algae. The leaf slug was discovered off the Japanese island of Kuroshima in 1993. It can generally grow up to 5mm in length. They are found near some Asian countries such as Indonesia, Japan, and the Philippines.

These extraordinary sea slugs consume algae and absorb chloroplasts. They then incorporate the chloroplasts into their bodies using a process named kleptoplasty. In other cases, this process can only be performed by single-celled organisms. So technically they are similar to solar-powered slugs. Isn’t that just mind-blowing? Its vibrant complexions are beautified with colors such as white, green, and purple. These leaf sheep can be better observed in black backgrounds, in order to further analyze their hues. 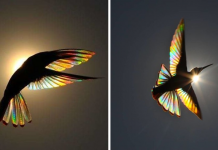 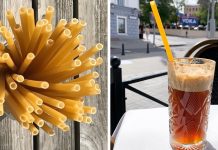 Some Bars In Italy Are Using Pasta Straws To Reduce Plastic...