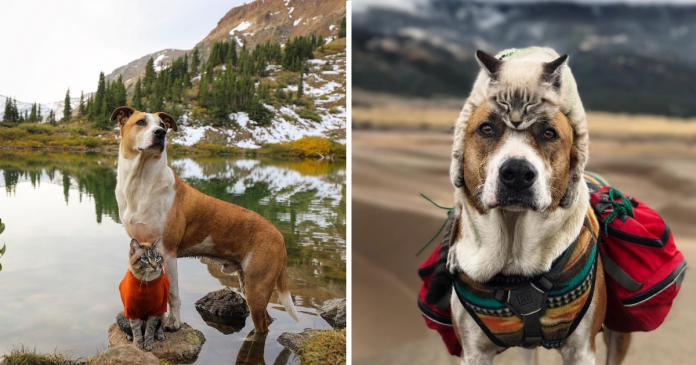 Cynthia Bennett and her boyfriend, who both love to hike a lot, acquired Henry in 2014. Bennett wanted a golden retriever mix, but she met Henry at an adoption event instead. He was five times bigger than puppies his same age at just 14 weeks old. When she entered Henry’s pen, he simply tucked up into her lap, flopped over her arm, and dozed. At that point, she felt he was perfect.

“I think we only had him for three days when we took him on our first hike,” Bennett states. “He found the steepest, tallest rock around, and he ran up to the top of it to look over the edge.” That’s why they started calling him their “little mountain goat.” she continues.

The couple made the decision to adopt a new pet a few months ago. After searching for a rescue kitten for five months, Bennett and her boyfriend, at last, found Baloo, a Siamese kitten mix. Baloo fell in love with Henry the moment they showed him to the cute dog and only wanted to play and cuddle with him. Henry and Baloo have essentially remained best pals ever since.

Soon after becoming friends, the best friends began going on their first travels together. Bennett would frequently be asked how they managed to get Henry used to Baloo. “I get a lot of questions about how we got him used to it and how is it to travel with both a cat and a dog. But he really loves it. He really wants to go outside,” Bennett said. She continues by saying that if she so much as touched Henry’s leash, Baloo would whimper outside the door!

View the odd yet utterly endearing animal bond and more of their amazing travel photos below by scrolling down!

Here we have Baloo and Henry sandwiching Bennett. They seem like polar opposites from size to personality! This goes to show the ones you least expect to make the best pair.

Looks like they’ve been caught in a snuggle session!

One of the few moments we’d see Henry without Baloo nestled against him!

Now this, sums up their relationship perfectly. Baloo looks like a real hat, we almost missed him at first glance!

We hope Henry gets to go on many more beautiful adventures like this, with his best friend Baloo.

Lovely Moment Wild Elephant Recognises The Vet Who Treated Him 12... 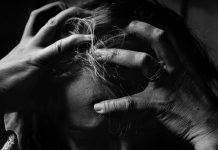 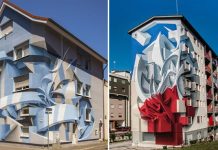