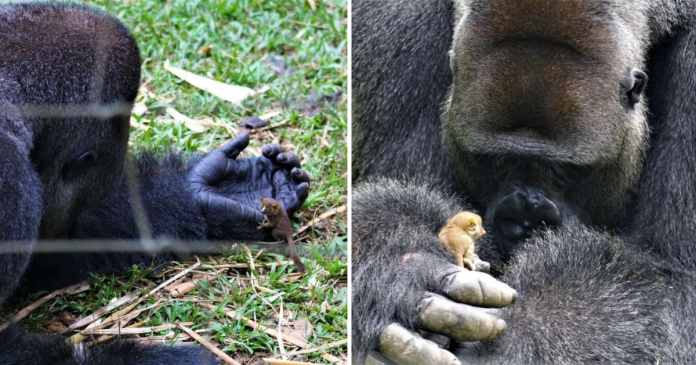 Ape Action Africa is a nonprofit organization that specializes in the conservation of endangered monkeys, chimpanzees, and gorillas. It is one of the biggest primate conservation projects in Africa. Most of the animals there are orphans that come in due to illegal pet and bushmeat trades. The caretakers there conduct routine checkups on the 300 residents and these checkups usually give them routine results.

But once in a while, these animals don’t forget to surprise these caregiving experts. On one fine day, a caregiver observed a Western Lowland gorilla named Bobo in the presence of a new friend. The gorilla was cradling a wild and young bush baby. The bushbaby didn’t show any fear towards the gorilla and moved around the gorilla’s body.

The young animal even spent time hopping in the open before it decided to return to the gorilla. This incident didn’t surprise the caretaker as Bebo is known for being gentle, though Bobo was the dominant male of his group. He was a gorilla who had fought off others in order to take his position. But as it was observed, he also had a gentle side attached to him.

It is rare to see bush babies during the day because they are nocturnal creatures. Also, no one at the Mefou Sanctuary had observed a wild primate interacting with a rescued one before. Even though the gorilla’s fellow mates were rather curious about his new buddy, Bobo didn’t want to share. He wanted the bush baby all for himself.

After spending two hours together, the gorilla then returned his newfound friend to some trees. The bushbaby then disappeared into the wild. Isn’t it amazing to witness how loving and caring gorillas are? Although some of us may fear them and believe them to be scary, these animals also have a gentle side within them.

You can help Ape Action Africa care for Bobo and hundreds of other rescued animals by making a donation. 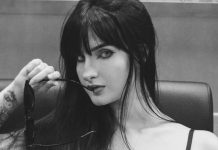 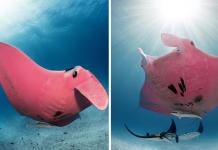