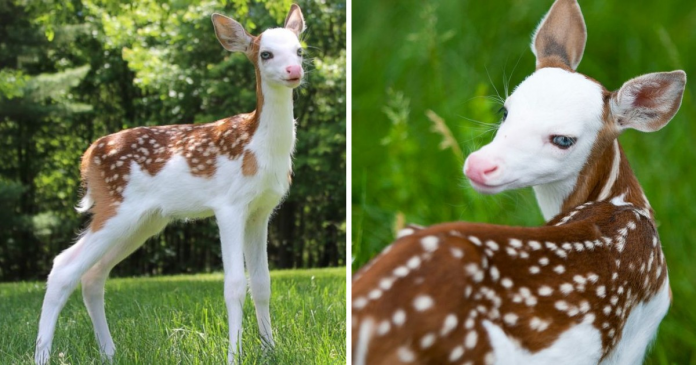 Sometimes you can be rejected by others when you are different from them. This is what happened to the hero of our story who was rejected by his mom for being different.

Dragon or this little dear baby was born in Deer Tracks junction, a farm in Michigan. He was rejected by his mom as the baby was a piebald. Only some parts of his body had pigmentation and as a result, he looked completely different from others. Only 1% of deer are born with this condition and it is extremely hard for them to survive because of their weak immune system. Moreover, being white makes them an easy prey for predators and therefore, even if this kind of deer are born, they quickly die due to several reasons.

However, Dragon was fortunate to be born in this deer park because when he was rejected by his mom, some other humans adopted him.

“My almost 19 year-old-son named him Dragon because he knew he would need to be tough to survive,” said Hilary Powell; the farm’s owner. “Being a piebald causes many different health risks and a whitetail deer will instinctually reject any babies that do not have a good chance of survival. The white makes him stand out so he can’t hide from predators, and he can’t hear or see as well as a regular deer, so he can’t hear or see predators coming”.

However, due to complicated health issues, this beautiful baby deer gave up his life after one year. Powell wrote on Facebook,

“Well, sadly, this is an update that I never wanted to have to make. Despite all medical intervention available, we lost our little Dragon. It has been a tough time here, and he will be greatly missed by all”.

Even though this pretty baby is no longer there, we are sure that he left enough memories for his human lovers and we also have some pictures of this one. So, If you enjoed the pictures of him, do not forget to share these pictures among animal lovers! 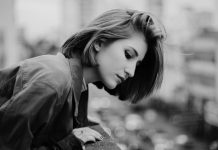